How it works
Testimonials
About

Back
Coastal California
Point Arena, CA
Santa Cruz, CA
Southwest
Flagstaff, AZ
Midwest
St. Croix Valley, MN
Northeast
Litchfield Hills, CT
Coming soon
All Forests
Company
Who we are
Why we do it
How we do it
News, guides, and more
The Better Place Blog
News & Press
Trends Report: Changing American Attitudes Toward Death
The Modern Guide: Your End-of-life Options
Get Prepared
Quiz: How Ready Are You to Plan Your Legacy?
The Modern Guide: Your End of Life Options
Pre-planning: Start the Conversation
blog-article-hero
Back
●
Imagining a Good Death: A Better Place Forests Conversation with Katy Butler
blog-article
Share this article

The author of The Art of Dying Well offers the lessons she’s learned from the hundreds of people who shared their stories of losing loved ones. It starts, she explains, with getting “clear on what matters most to you.”

In 2010, journalist Katy Butler wrote a New York Times Magazine piece, “What Broke My Father’s Heart,” about how her father’s pacemaker prolonged the suffering of his final years. When her article went viral, people began sharing stories of their own difficult encounters with the medical system and challenges in creating a good death. Butler responded to the public outpouring by launching a Facebook group called Slow Medicine and writing a bestselling memoir about her father’s last years, Knocking on Heaven’s Door: The Path to a Better Way of Death. The emails flooded in again. Drawing on what she’s learned from those conversations, Butler’s latest book is a wise and practical guide to the end of life, The Art of Dying Well, organized by the stages of aging she observed in the hundreds of stories people have told her over the last decade. Katy is a tireless advocate for reforming the medical system and conducts workshops for patients, medical professionals, and caregivers about how to make their voices heard and improve the experience of aging and dying. “No matter how bravely we adapt to loss and how cannily we navigate our fragmented health system, things will not always go as we imagine,” she writes. “And yet if we want to shape our lives all the way to the end, it helps to imagine, to choose, and to plan.”

Kristin: So much of the way our culture talks about death pushes us to think we’re supposed to get the most time, the most days possible, like it's a competition.

Katy: There's a pernicious set of beliefs in America that work in certain contexts and in others is very destructive. It’s the “think and grow rich” idea that if you lay claim to a positive view of something, it will come true for you. There are areas of life where that can be extremely useful, like when you’re building a career or looking for a mate. But if you apply that way of thinking to situations that are not fixable, like aging and dying, you can create continual suffering for yourself and others.

Kristin:As opposed to magical thinking, there’s a different, very powerful act of creation that you guide people toward—imagining a good death and making the decisions it takes to achieve it.

Katy: Yes! There are people in the hospice business who object to the term “good death” because they feel it implies a performance of acceptance and bliss from a dying person and doesn't make enough room for that person to be fearful or to be angry, to go down fighting and screaming and obnoxious and irritating. But no matter how a person goes down, they can have a well-supported death or a badly supported death. And I think those of us who are the support system have a moral responsibility to give everyone we can the best possible death, in those terms. A well-supported death is a good death, no matter how the dying person behaves. The badly supported death is a bad death because it’s painful, and it didn’t have to be that way.

Individually we are. We're stepping up for our friends. But larger systems are working against us—doctors, nurses, and laypeople are all suffering because of perverse economic incentives in medicine.

Kristin: You bring so much together in The Art of Dying Well—sound advice for facing both the profound emotional and spiritual challenges of aging and dying as well as the most mundane logistics. As someone who’s caring for a parent, I am so grateful for your work.

Katy:I think we need to mediate between the spiritual and the practical because the experience of aging and dying is a constant mediation between the nuts and bolts. Such as, how to have a truthful conversation with a doctor, and what does decline look like—which we’re usually totally uninformed about—and opening up to spiritual questions. What’s my emotional legacy? How can I die in peace?

Kristin:You did more than two hundred interviews to write this book.

Katy: It began with the emails that came to me in response to Knocking on Heaven’s Door. People would flood me with stories of what was going on. A lot of it horrified and surprised me. I didn't know how dysfunctional things were. How in Connecticut, for example, it's almost impossible to get anyone to turn off a pacemaker because they think that's euthanasia. Each story taught me something. I began building my map of reality from the bottom up, listening to what people were actually experiencing, instead of focusing on the ideals, what we want to believe, or how the medical system, or death itself, should be. So sometimes someone would write me a story, or post it in the Slow Medicine group on Facebook, and I would email them and say, can we talk?

Kristin: And then you started to see patterns that became the end of life stages that you take us through in The Art of Dying.

Katy: It began with observing, in my own bones, what happened during the seven years of my dad's decline. I decided to name seven specific health stages, stretching from vigorous, “young” old age to active dying. At each health stage, you need to pivot in your expectations of medicine, and your understanding of the limits of what it can do. You need to get clear on what matters most to you, because at each stage what's helpful changes, and also what's potentially medically risky and damaging changes. I heard this again and again in the stories people shared with me.

Kristin: Can you sum up the approach to dealing with medicine that you would advocate?

Katy: First, recognize the health stage that you are in. Then, understand who your medical allies are at that stage, and what your medical risks are. At some stages, you’re going to get more benefit from a physical therapist, for instance, than a surgeon. Understand how to get access to what will help you and make sure you don't medicalize problems that medicine can't solve. Know the trajectory of your illness, so you can plan because the new normal will continue to shift. Things that were great for you when you're robust will be a disaster when you're in the stage that I call the “house of cards,” which is not very often addressed openly in medicine at all. In that stage, a trip to the hospital might make you worse rather than better. Same with a hip surgery, which can be very beneficial when you’re still robust.

One of the big things I tried to do is to demystify the unspoken rules of modern medicine. The covert rule of the system as it currently exists is, “We will do everything possible to keep you alive as long as possible, no matter what your quality of life or your own wishes, unless and until you, or someone speaking on behalf of you, speaks up and says stop.” For most human beings going through this process, what matters most is staying functional as long as possible rather than living as long as possible. And when you're no longer robust, those two goals —extending life and preserving function —often come into conflict with each other.

Katy: Slow medicine is an international movement, mostly led by doctors, and the basic ethos is “we need more time with our patients” and “to do more is not necessarily to do better.” And the better you know a patient—or vice versa, the better you know a doctor if you’re a patient—the more you can explore the risks of a medical intervention as well as its potential benefits, and ask, does this fit with my overarching goal in life right now? Are we pushing for function and quality of life here, or are we pushing for more days on earth no matter what? Are we neglecting risks? Has my doctor spent enough time with me to understand what matters to me, not just what he or she assumes matters to me? Is she focused on “what matters to me,” or just on “what’s the matter with me?”

Kristin: Do you have any advice for people who are caring for someone who is not willing to face that they're dying?

Katy:You clean your side of the street. If the person you're with is not willing to say thank you, I love you, please forgive me, and goodbye, you do it. You do it from your side. You thank that person for what you appreciate that they did for you in your life. You just thank them. You let them know their life had meaning and that they will be remembered. You recall pleasant memories and good times you spent together. You give help, rather than advice. You step in. You bring a meal. 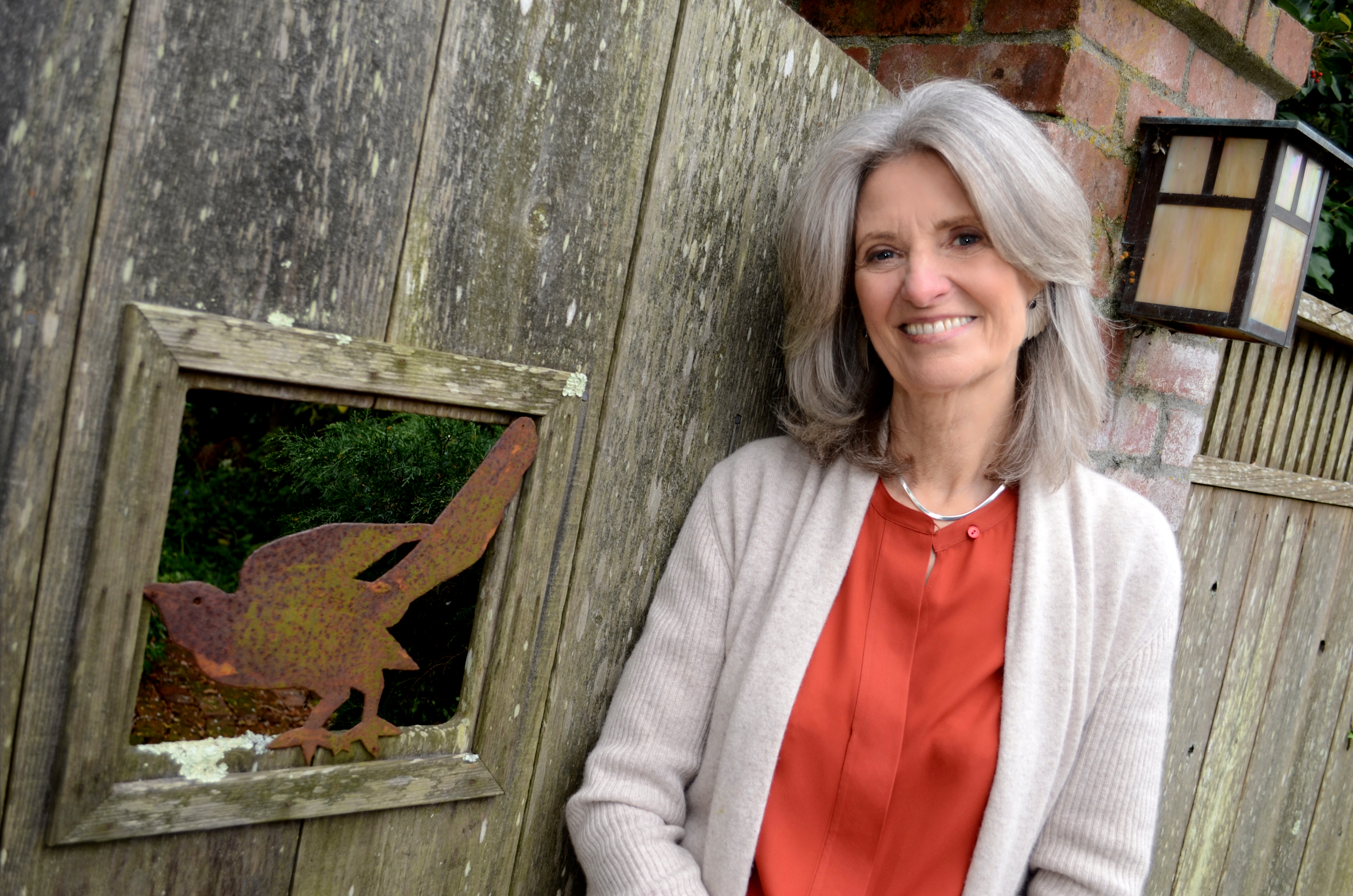 Kristin Dombek is an essayist whose work has been published by n+1, The New York Times Magazine, Harper’s, The London Review of Books, The Paris Review, and anthologized in The Best American Essays. Her most recent book is The Selfishness of Others: An Essay on the Fear of Narcissism.

cards-related
Related Articles
Point Arena: Hotels, Restaurants and Things to Do
Imagining a Good Death: A Better Place Forests Conversation with Katy Butler
Overcoming the Resistance to Change: A Better Place Forests Conversation with Sallie Tisdale
contact-bar
Stay in touch
Get our latest articles on better end-of-life planning sent directly to your inbox.