Can Catholics Be Cremated?

Across America, cremation tends to be a controversial, even confusing way of dealing with death. Much of this confusion comes from the religious undertones attached to death, especially within the Catholic Church. Catholics believe that Jesus Christ was raised from the dead and that they will also be resurrected someday.

But, how is physical resurrection possible if a body has been turned to ashes. That is the question that the Church has strove to answer the question can Catholics can be cremated.

History of Catholicism and Cremation

In the ancient world, cremation was a standard way of disposing of bodies. Early Christians purposefully rejected the practice because they believed that it went against their belief of a bodily resurrection at Christ’s return.

By burying their dead in symbolic funerals, European Catholics distinguished themselves from their surrounding pagan neighbors. In fact, they were so successful that cremation all but disappeared throughout Europe until the modern age.

The Official Stance of Catholicism and Cremation

When modern cremation began at the end of the 19th century, the Catholic church saw it as a rejection of the sanctity of the body after death and banned the practice for followers. In fact, the 1917 Code of Canon Law expressly forbade cremations in all circumstances except in instances of public necessity like natural disasters or during dangerous infection outbreaks.

After decades of debate, the church changed its stance on cremation in 1963 and officially allowed it so long as the physical body was present during the funeral. This means that most Catholic cremations today occur after the funeral, though the church has allowed for exceptions since 1997 in particular circumstances.

The Catholic church considers the human body to be sacred, and death doesn’t change this fact. For this reason, the church requires that cremated remains be treated with the same level of respect and dignity that a body would receive, and that the remains are appropriately interred after death.

This means that Catholic ashes can’t technically be displayed in urns, scattered somewhere symbolic, or be otherwise disposed of. Instead, they can be buried, entombed, or placed in a mausoleum.

Put simply, the Catholic church accepts cremation in every situation today, but as a rule, it strongly recommends traditional burials when they are an available option. For this reason, the cremation rates for Catholics tend to be significantly lower than the rate for other Christian denominations.

In recent years though, cremation is gaining popularity for Catholic parishes, especially for elderly congregants who spend the winters down south that die far away from their home communities.

Though the Catholic church allows for cremation today, certain standards need to be followed for a genuinely Catholic burial. Because the church believes that the body is the temple of the Holy Spirit, giving it complete respect, even in death, is of utmost importance.

For this reason, funeral rites are almost always performed in the presence of the body before it is cremated, as this natural form “better expresses the values which the Church affirms in its rites” (OCF 413).

Even so, the Church will conduct mass with cremated remains when necessary. This includes instances when a cremation can be justified for hygienic, economical, or pathological reasons.

Cremation before funeral rites is also considered a viable option when some has died far away from home and transferring a body back would be too complicated.

How Should a Catholic Plan for Cremation

If you are Catholic and are considering cremation, it’s important to discuss the decision with your priest or another parish staff person that you respect. They will help you work through the options to learn if the process makes sense for you or your loved one. You can also contact the Catholic Cemeteries for more information.

We understand the emotions you go through when deciding where to put you or your loved one for a final resting place, which is why we strive to make Better Place Forests available for everyone. Rather than a tombstone, you or your loved one can be marked by a towering tree that will last for centuries or more.

We understand that the Catholic view on cremation and what can be done with ashes is nuanced and we are happy to discuss the details with you. For more details please call us at 1-888-958-7674 or inquire about your memorial options here. 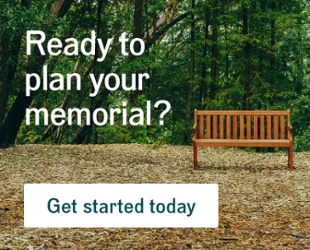 How to stay connected while Social Distancing
25 Mar

Better Place Forests named as one of Fast...
10 Mar

Recognizing the women breathing new life into the...
08 Mar

Overcoming the Resistance to Change: A Better...
20 Feb